The History of Castle La Crosse

Castle La Crosse opened in May 2017. This stunning property is well known throughout the city of La Crosse and the surrounding region. The Castle was originally built in 1892 for local lumber baron, Nymphus B. Holway, and his wife, Jessie, by noted local architects Hugo Schick and Gustav Stolze. They were intent on creating a home fit for a king!

The exterior of the home with its limestone facade imposes its superiority above the surrounding homes. Designed with a tower that raises the vertical length of the home, a feature of Richardson Romanesque, the house was built in the popular Queen Anne style architecture of the time. It is interesting to note a number of Romanesque elements in the home as well, a feat that created a blend of the two styles.

Unfortunately for Mr. Holway, he passed before the mansion could be completed. His widow Ms. Jessie Holway completed the structure and raised their children in the residence. Ms. Holway was very much involved in her local community and hosted many functions at her mansion, continuing a long tradition of business and philanthropy set by her husband. As we near 130 years since the house was completed, Castle La Crosse continues the legacy set by the original occupants to be a vital part of our local community.

Ms. Holway lived at the mansion until 1920 when she sold the massive residence to the Diocese of La Crosse. The mansion then became the Bishop’s Residence and was owned by the Catholic Church for the next five decades, becoming known to local residents as the “Castle on Cass.”

Today the “Castle on Cass” is known as Castle La Crosse; an award-winning Bed and Breakfast. The former Holway Mansion is a La Crosse landmark and continues to be one of the most photographed icons of the region. Castle La Crosse is the best-preserved example of high-style late 19th century residential architecture in the region.

We are very proud of our home and welcome any questions you might have on its architecture and history.

We would love for you to stay with us! Just shoot us an email to check our availability or click the button below to check out our lovely suites. Each suite has magic qualities all its own. 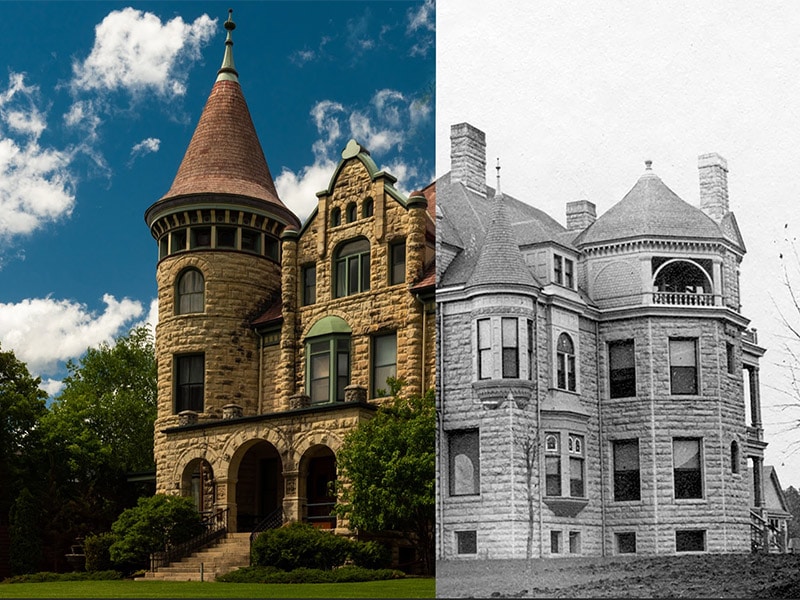 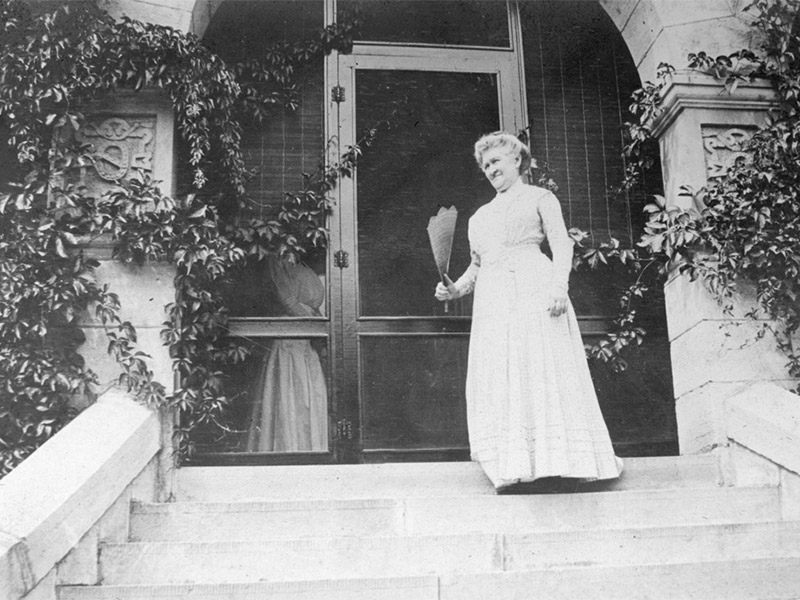 The Castle came into our lives, as good things do, when we least expected it.

Billy found a story about the Castle on a Facebook page called “For the Love of Old Homes.”

Just before finding the Castle, Brandon had graduated from the Le Notre Culinary Institute after completing the French Patisserie program. His love of baking and creating wonderful food has been a major part of our success.

Before culinary school, Brandon was a flight attendant and enjoyed traveling around the country. His education was in Urban Studies. Brandon enjoys all things culinary, as well as travel, history, and architecture.

Billy has a background in finance, insurance, and education. He was working at the University of Texas in the Houston Medical Center before moving to La Crosse. Billy’s main job is to learn how to properly care for a Grand 19th Century home. Painting and maintenance is a never-ending job. What fun!

Both Billy and Brandon promote travel every chance they get. The books around the Castle are often travel related. There are maps on the walls in the library and globes, travel magazines, and souvenirs from trips and adventures abound.

After more than two years at the Castle, they still have the same goals: hospitality, comfort, relaxation, and time to enjoy the amazing Castle and it’s architecture. In 2019, Castle La Crosse was voted the “Most Welcoming Bed & Breakfast in America”.

You might not get to meet them, but there are two lucky canines that also call the Castle home. Dilly and Pronto, both rescue dogs, stay in a private area on the main floor, but sometimes pop out to say hello to guests (also known to check your pockets for treats or snacks).

Join us at the Castle the next time you are in town. We would love to meet you!

Give The Gift Of A Gift Certificate To Castle La Crosse.